Sorry! I just had to get your attention. I know! It was juvenile, and I am NOT making light of the situation. Remember, I am a medical technologist and microbiologist, so this thing is right in my wheelhouse. And while I am “nerding out” on the whole structure, life cycle and pathology of this novel virus, I understand why so many of you are burnt out on the news coverage. To which I say, turn off your television, or at least stopping watching the news channels or listening to Trump stumble through a sixth grader’s non-researched report on a viral disease. As I have discovered, HULU has a huge number of terrific music documentaries to watch, or start thumbing through your music collection for the lesser played albums.

As you know by now, I am a HUGE Prince fan. And, I plan to go through all of his albums to eventually attempt to rank his release songs. It is a daunting task, and I’m not sure why I want to undertake such a massive amount of listening and critiquing. But, I figure that if Isaac Newton could invent calculus or Shakespeare write King Lear while quarantined during a bubonic plague outbreak, then I could attempt something truly insane as well. Certainly, I know it is not an original idea, as there is a blog that does 365 Prince songs each year. So, who knows how I will spin this or if I will even carry this idea to the finish line, but it is an idea.

In the meantime, I thought it would be kind of cool to compile a list of my favorite Prince songs, either done by other artists or covered by other artists. Now, I am not limiting myself to those artists whom the Purple One had in his Paisley stable, like The Time, Sheila E. or Vanity/Apollonia 6, but other artists with whom he collaborated, gifted with a song or allowed them to cover one of his hits. To be honest, few artists have been able to top a Prince recording of one of his songs; yet, when they do, the moment is truly magical. So, it is those truly transcendent moments in which the student becomes the teacher that I want to honor with this list.

Over the years, in addition to the aforementioned band of artists in his arsenal, there have been some truly great recordings of his songs that have left their mark on rock music. From Chaka Khan and Cyndi Lauper to Chris Cornell and Foo Fighters, many people have successfully tackle this rock immortal’s tunes.

First, in 1982, which is the breakout year of His Purple Highness, two of his most famous associates released their most highly regarded albums, The Time (What Time Is It?) and Vanity 6 (Vanity 6). These were eventually followed by a whole slew of diverse of artists such as Sheila E., The Family, Jill Jones, Mazarati, Carmen Electra, Mayte, Támar Davis, Bria Valente, among others. Additionally, Prince attempted to revive the fortunes of Mavis Staples, Larry Graham and George Clinton along the way. We also know how he gifted the likes of The Bangles and Sinéad O’Connor with hit songs as well. And, then there are the lesser known covers by the Goo Goo Dolls, Beyoncé and Alicia Keys which became well known in their own right.

Of all the great artists with which Prince work both directly and indirectly, I feel like the best and most overlooked is The Time. These guys were originally put together by Prince, recorded and played songs written by Prince, rehearsed and mentored by Prince, and totally controlled by Prince. The Time was Prince’s opening act during his 1981 and 1982 tours. By the time the 1982 tour was winding, The Time were pressuring their mentor for who was actually the better act on that last tour. So, what did Dr. Frankenstein do to his monster? He reacted by trying to kill it. He fired keyboardist Jimmy Jam and bassist Terry Lewis because they had the audacity to produce another band, the S.O.S. Band. In reaction, the other keyboardist and backup vocalist Monte Moir quit, thus removing half the musicians of this quickly improving band.

Once the smoke cleared, long-time Prince associate and lead vocalist Morris Day was left, along with his on-stage valet Jerome Benton, drummer Jellybean Johnson and hot guitarist Jesse Johnson. The replacement players, as good as they were, did not have the time to jell in the same way the original band did. So, they became an easier band for Prince & the Revolution dominate in the film Purple Rain. Shortly after the film and their 1984 album, Ice Cream Castles, were complete, the band broke up. In 1990, original lineup of The Time reformed in the wake of Jam & Lewis’ mega-success as producers, but the magic was missing probably due to the fact that they were still relying on Prince’s songs. To me, they represent one of the truly great lost bands of the Eighties. And, since this band was jammed with some many exceptional players fronted by one of the greatest front men of all time with a valet, I feel like The Time should be inducted into the Rock and Roll Hall of Fame. To this day, The Time has NEVER had a compilation disc released to honor them.

Needless to say, Prince’s influence has been felt all over the music world. Obviously, his music will be as enduring as Mozart, Woody Guthrie or The Beatles, though I honestly doubt many of his hits will be sung by elementary kids in the future. I doubt the appropriateness of my grandchildren singing “Sexy MF” in kindergarten. But, “Purple Rain” could be.

Let’s take a look at my 40 favorite Prince songs done by other artists. 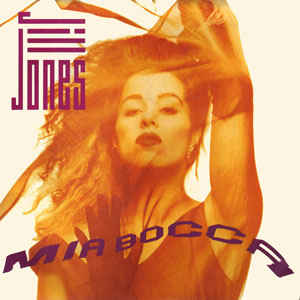 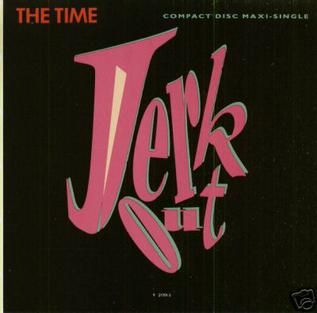 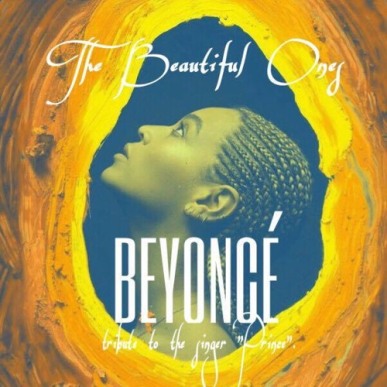 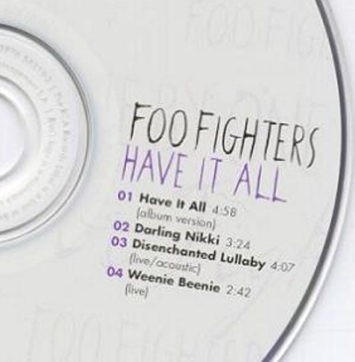 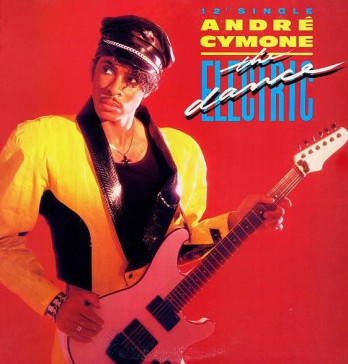 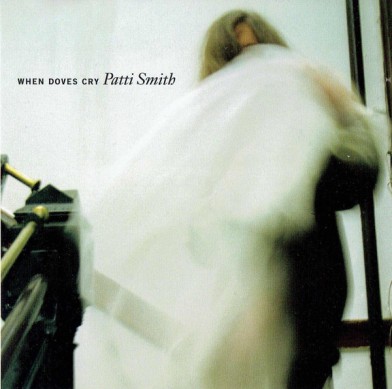 15. “When Doves Cry” – Patti Smith (2002). Somehow, Patti found an even lonelier emotive take on the lyrics that Prince wrote. If you thought the original sounded sparse, check this one out.

14. “Stand Back” – Stevie Nicks (1983).Back when Prince was breaking big, everyone wanted to work with him. I remember reading how John Cougar was stopping his concerts to play “Little Red Corvette” on a boombox to his crowd and saying he wanted to record a song with him. Of course, Nicks wanted the same, and she’s much easier on the eyes than John. So, Prince came in, laid down the synth track and left.

13. “The Sex of It” – Kid Creole & the Coconuts (1990). Kid Creole was an underground legend who, not unlike Prince, was known for taking popular sounds and bending them around his will. Prince gave him this song and the original Kid knocked it outta the park.

11. “Kiss” – The Art of Noise featuring Tom Jones (1988). This is the funnest song in my countdown. I have always loved The Art of Noise deconstruction of music, not unlike an English version of Devo. Then, to take not only a Prince song but a legendary Prince song, deconstruct it all the while have Sixties musical icon Tom Jones take on the vocals, you get a classic version out of something that should have been a novelty song. 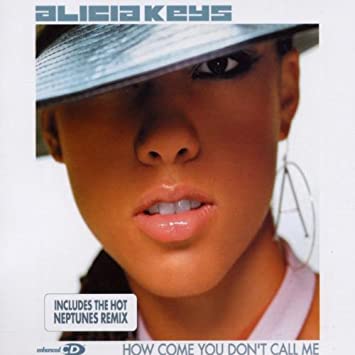 10. “How Come You Don’t Call Me” – Alicia Keys (2001). Did any of you Millennials realize that Keys was singing a Prince song? Honestly, she did one helluva job.

7. “The Walk” – The Time (1982). This song personifies the cool of The Time. The lyrics are all about the band’s clothing, style and pimp attitude.

6. “Purple Rain” – Phish (2003). Laugh at your own peril, but if Phish covers you, they are rarely not going to rise to the occasion. These guys just tear this song apart. Does it top the original? Hell no! But, it does make you appreciate the greatness of the tune. 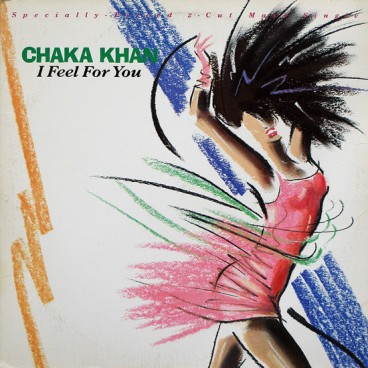 5. “I Feel for You” – Chaka Khan (1984). Morris Day writes in his autobiography that the first band he played in with Prince, Graham Central, would share vocals on the different covers they performed. And Prince always sang the Chaka Khan & Rufus songs. So, it makes perfect sense that he would allow Khan to take on one of his songs. And when she added the Melle Mel rap hook of her name, the song took off.

4. “Manic Monday” – The Bangles (1986). In 1985, Prince was doing his psychedelic, baroque funk thang that seemed to be influenced by The Beatles. So, what would be better than to write a great pop song for the best pop band of the L.A. Paisley Underground scene. Of course, Prince was smitten with rhythm guitarist/vocalist Susanna Hoffs, but, then again, what man wasn’t? Still, The Bangles’ harmonies took this song to a completely new level.

3. “The Glamorous Life” – Sheila E. (1984). If you’ve heard the original version of this song by Prince, you know it was a pretty good song. But, Sheila E. added her unparalleled percussion to it and sang the hell out of it, making the song transcendent.

2. “Nothing Compares 2 U” – Sinéad O’Connor (1990). This song was demoed by Prince and given to one of his protege bands, The Family, whose lead singer was his girlfriend at the time, Susannah Melvoin, Revolution guitarist Wendy’s twin sister. The song was good but overproduced. O’Connor took the song, stripped it to its emotional core and just sang the crap out of it. Then, she created an emotional video in which she cries a single tear that streams down her cheek. And the rest was history. 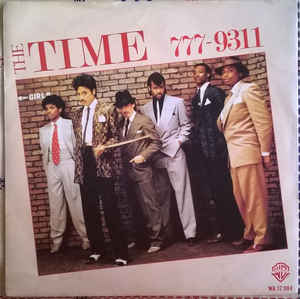 1. “777-9311” – The Time (1982). This is the funkiest song Prince may have ever written. Then, he turned it over to the funkiness funk band in the world and the song became the band’s centerpiece of their live set. I will never be able to listen to another artist’s version of it. Nobody will be able to touch it.