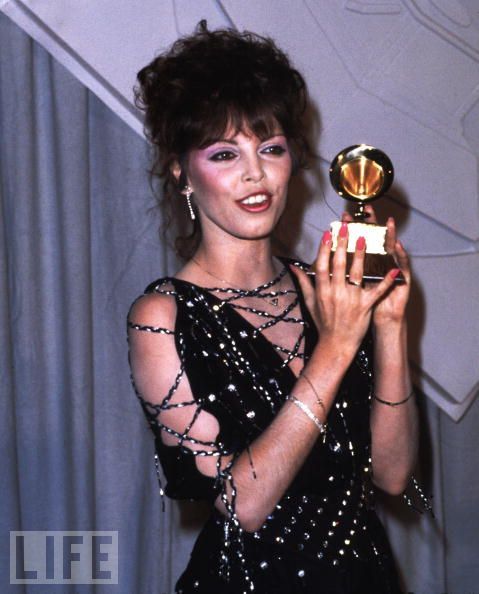 I am quickly coming up on many anniversaries. Within the next couple of years, I will be celebrating my 40th high school class reunion, my 35th college graduation and, a year later, my 35th medical technology school graduation. Plus, if I could have remained a teacher, I would be celebrating my 25th year in education. God, I am old.

So, since Mom died, I have been slowly rummaging through some pictures, which got me thinking about the Summer of 1981, during which I was transitioning from high school to college. In that time between the turning of my tassel to matriculating at Ball State University with the hopes of my family of me becoming a physician, I did find the time between my summer job of being in charge of getting kids to detassle corn (used to be a big way for poor kids in the Midwest to make big bucks in a short time) to attend three concerts. I got to see Tom Petty & the Heartbreakers in a half-full Market Square Arena, then a couple of weeks later, sat ten rows back from Pat Benatar with a bunch of high school buddies for one last hurrah at MSA, then, to top off that AOR summer, it was Foreigner & Billy Squier back in the home of the Pacers. Now, it wasn’t as cool as the Summer of 1984 line-up of the Stray Cats, The Cars and Billy Idol, but it was strong nonetheless. Now, you might be asking, what the hell does this have to do with anything?

Well, ever since watching the Rock and Roll Hall of Fame Induction Ceremony, I have been obsessed with the women of rock music, and how the industry has screwed them in so many ways that it isn’t funny anymore, if it ever really was to begin with. Wake up Hall! How can you justify not having Carole King, Tina Turner, Mary Wells, The Marvelettes, The Shangri-La’s, Chaka Khan, Whitney Houston, The Go-Go’s, The Bangles and so many other deserving women in the Hall? This is an outrage to true lovers of all kinds of genres of music that the British press correctly calls “pop music.” I am so sick of Eddie Trunk’s limited definition of rock being only metal music. Likewise, I am tired of the classic rock artists only voting for their peers. Sure, many SHOULD be recognized, but how can everyone just turn a blind eye to 50% of the population? Women can, and do, rock! Case in point, Pat Benatar!

When I was in my listening prime, Pat Benatar was THE queen of rock music, the toughest chick on the planet with an unparalleled voice. When I saw her in concert, it was one of the best shows I hard ever seen. Her band just came out and slayed the audience. And, next to Heart’s Ann Wilson, she had the best vocals of anyone I had ever seen, including my man Freddie Mercury. And, these were the days before autotune!

Everyone remembers when each one of us heard “Heartbreaker” for the first time, blown away by the power of the music and her voice. Then, she followed that one up with perhaps her signature song “Hit Me with Your Best Shot.” Benatar seemed to be in touch with the AOR/hard rock/new wave zeitgeist of the time. Right now, I am listening to a compilation of her best songs of the Eighties and am absolutely blown away by the timelessness of her music. She had the same appeal as Blondie’s Debbie Harry, Patti Smith and the aforementioned Ann Wilson rolled up into one tiny physical package, proving that dynamite does come in small packages. Her whole sound was a take-no-prisoners rock sound that many male-dominated bands only wished they could duplicate. So, when all of that is said, then someone please explain to me why she has been forgotten by the Hall and by classic rock radio? Seriously, when was the last time you heard “Promises in the Dark,” “Fire and Ice” or “Shadows of the Night” on the radio? Sure, you can her “Hit Me” or “Love Is a Battlefield” during an Eighties weekend, but what about “Little Too Late,” “We Live for Love” or “Hell Is for Children,” all of which used to be played in heavy rotation? Pat Benatar is a national treasure, and we should ALL recognize it today!

So, in an act of defiance to someone, anyone, I am moving all of my chips in for Pat Benatar’s induction in to the RRHOF this winter! No, I am NOT giving up on Toddy Rundgren. He will get in soon, or, at least he better! But, come on people, I am talking about Pat “Freakin'” Benatar, the voice of my high school and college years! So, as a little refresher course, here are MY 20 favorite Pat Benatar songs of the Eighties, when she ruled the world. Pat, if I had a vote, you and your band would be immediately inducted into the RRHOF, plain and simple. All hail the Queen of Rock!

10. “We Belong” (Tropico, 1984). Yes, this song has been over-used by good high school/college choir singers on singing contest shows, which only proves two things: (1) Pat Benatar’s vocals are unequaled, and (2) these people are undiscovered for a reason…they are NOT Pat Benatar!

9. “Shadows of the Night” (Get Nervous, 1982). Am I the only person that loves this album? This was the first Benatar album that the public turned their collective noses up at a bit. Personally, I loved the power pop show of force on this album, especially on this song.

8.”Fire and Ice” (Precious Time, 1981). This song just might prove everything I ever said about Pat Benatar’s vocal prowess and sheer musical muscularity.

7. “Hit Me with Your Best Shot” (Crimes of Passion, 1980). How could I rank this song so low? I’ll tell you why. While it is great, I think the other songs show off her and her band’s abilities better. However, this song may well remain her signature song.

6. “Love Is a Battlefield” (Live from Planet Earth, 1983). This was Pat’s big MTV hit video. It is a great song that has aged much better than I initially thought it would. This song made me scared of women who were a foot shorter than me, even though I married one who is nearly that small. They all have a little attitude about them (very nervous laughter here).

5. “We Live for Love” (In the Heat of the Night, 1979). This rock/disco/new wave song should have been a huge hit. It still baffles me why this song, Blondie’s “Atomic,” and The Clash’s “Lost in the Supermarket” were ignored by US radio, while Kiss had a big hit with “I Was Made for Loving You” or Rod Stewart’s lame “Passion” was plastered all over radio.

4. “Hell Is for Children” (Crimes of Passion, 1980). Only the dumbest people in the world thought this was an anti-child song. Christ! The thought of this song getting banned still pisses me off today! It’s an anti-child ABUSE song you morons! And, it rocks!

3. “Promises in the Dark” (Precious Time, 1981). The most dramatic song in Benatar’s cannon. God, this song was so cool in concert, with that false ending, blazing guitar work by her husband Neil Giraldo and that rock solid rhythm section. I have always felt that her drummer Myron Grombacher seemed like the second coming of Keith Moon in concert and has always been overlooked by cognoscenti.

2. “Hit Me with Your Best Shot” (In the Heat of the Night, 1979). The song that kicked off her career, telling the world that this five-foot-nothing woman was NOT to be trifled with. What a great song!

1. “Little Too Late” (Get Nervous, 1982). See? I told you I had a surprise for you! I LOVE THIS SONG from the moment I first heard it. It is the toughest power pop song known to mankind. We should be making ALL garage bands learn this song right along side The Who’s “My Generation” and “Go All the Way” by the Raspberries.

Sorry, Khaleesi! I only bend the knee for Pat Benatar!

One thought on “May I Present My Queen, Pat Benatar!”