Here we go again. Another Thursday, formerly known during my college days as “Thirsty Thursday,” a day that, for some reason, signaled the end of the week, regardless of your course-load on Friday. During my first three years of college, I unfortunately partook just one or two too many of the festivities. 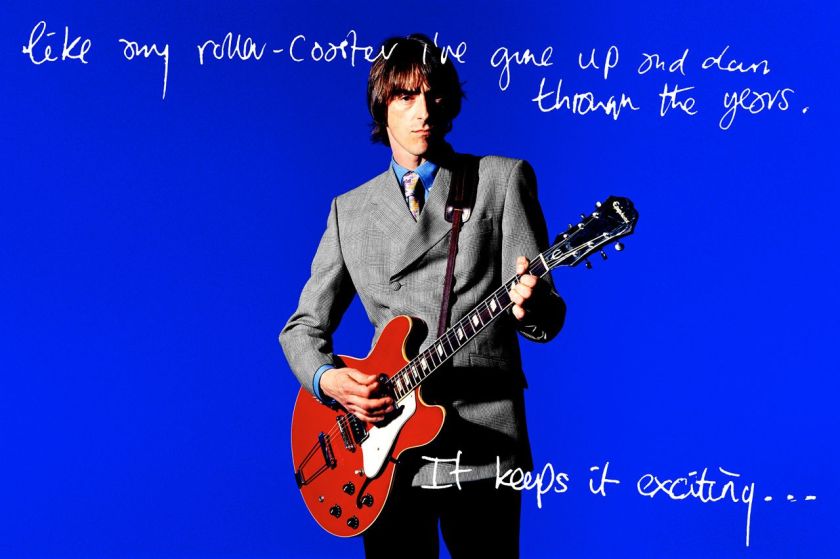 You see, I quickly learned the art of concocting a schedule that would leave me light on Fridays, in addition to getting my classes completed by 2 PM each day. Originally, as an incoming freshman, my intention was to have those afternoons clear for Cross Country practice. Many of the finest runners from my age group and section of the state of Indiana all decided we would be “preferred” walk-ons at Ball State University. The problem was that I was ready to “retire” from running, mainly because I was experiencing some strange leg/bilateral hip flexor pains after, first, crashing back-first into the bleachers during an away basketball game during my junior year in high school, and, second, slamming back-first into a tree while playing baseball with some neighborhood kids who loved attention from high school kids. Little did I realize at the time that all of those early alarms from my body that were ignored led to my present status as a retired/disabled teacher/coach due to several chronic back pain and constant back spasms.

So, anyway, I sit here, ready to finish this little trilogy about the career of perhaps Great Britain’s finest musical icon from the late-Seventies to this very day, Paul Weller. A couple of days ago, I wrote about my late discovery of the true calling of Mr. Weller’s first band, The Jam. Although, I was very familiar with The Jam’s debut, it was not until MTV arrived in Central Indiana that I truly fell in love with the band, only to hear on the channel as “Breaking News,” that The Jam were dissolving, while Weller was free to follow his love for R&B/Soul as he attempted to combine that with Rock and Pop, finally settling upon a sound known throughout Europe at Sophisti-Pop with his new band The Style Council. 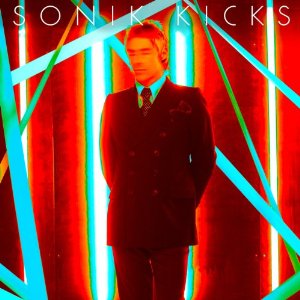 When The Style Council ran out of gas in 1989, Weller once again pulled the plug on a hugely successful band throughout the world, except, of course, the United States of America. In other words, The Style Council had followed a similar career trajectory as The Jam. In 1991, Weller felt the time was get back into the game, this time as a solo artist.

As a solo artist, Weller entered into a rarefied status in the UK’s musical hierarchy as an elder statesman. Sure, as a solo artist, his music seemed to take on a more traditional version of rock music, as opposed to the cutting edge magic in the bottle sounds from The Jam and The Style Council. And, even though those new sounds appeared to be seasoned in the past, Weller still sounded vital as ever. And, once again, America chose to ignore his brilliant music. And, it was, once again, our loss. 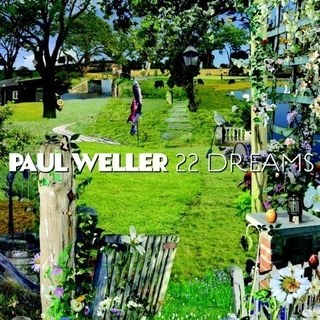 In 1992, Weller released his highly anticipated debut solo album, eponymously titled. Finally, we could hear ALL of Weller’s musical influences on this album, along with his sophomore record that released the following year. Honestly, it was slightly jarring to hear Weller wearing his love of English bands such as Small Faces and Traffic, two distinctly British in their sound and lyrical content, a lesson learnt by Paul Weller. Of all his musical influences, that also includes The Kinks and The Who as well as the Northern Soul records of his Mod Mach II allegiance. Finally, Weller was free to chase whichever muse he preferred at the moment. And, all of this has given Weller a more diversified and satisfying career. 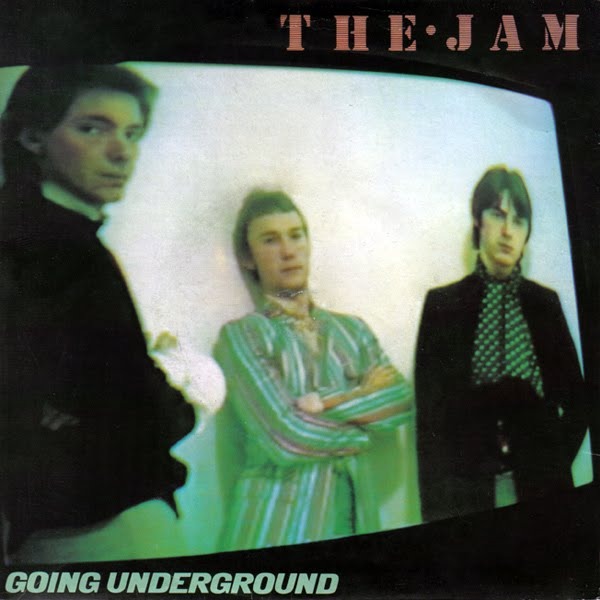 Let’s take a quick tour of the lyrical maturation of Paul Weller. Let’s begin with the song that signaled The Jam’s ascent to the throne as the Kings of British Rock, “Going Underground.” Throughout the song, Weller expresses a disgust and concern as to why his mates, peers, friends and his country in general would actually elect people whose enacted policies would be to the detriment of those vary people. Even though the were voting for “freedom and prosperity,” they were actually electing insidious crooks who were actually stealing those very ideals from the working class folks who had put those politicians in power. Weller’s initial response, according to the song, was simply to go underground to get away from the unwilling-to-see-the-truth public in order to begin his own society. These are the typical ideas of a very precocious young man, yet not unexpected. We all just wanted to bury our heads as we were overwhelmed by society’s collective ignorance.

However, in four short years, Weller matured, as did his lyrical observations. So, instead of just running underground to get away from the ramifications of the general public’s political ignorance, now he was on the verge of trying to do something about it. In “My Ever Changing Moods,” a song buoyed by a strong Motown dance feel, Weller’s lyrics screamed about his disgust of the whims of his society and generation and their collective allegiance to consumerism. Now, Weller begins his phase as something of a prophet attempting to clear the eyes of the general population of his fans so they can see the truth. His disgust and troubled visions were known being articulated clearly, with Weller attempting to change minds from the upcoming consumerist orgy that was on the horizon was going to require some sort of payment down the road, and the very politicians the public was electing would never care what happened to the little man when it was time to pay the piper. Little did any of us know that the economic collapse people such as Weller were trying to warn the public about did not happen for another 23 years later. But, Weller was without solutions. At least, as a young man in his mid- to late-Twenties.

In the aftermath of the 2008 financial collapse, politicians were enacting policies that would continue to line the pockets of the wealthy, of which Weller was now a member, to the chagrin of the general population of Western society. So, in 2010, Weller released a song, “Wake Up the Nation,” which also was his latest album at the time. And, Weller’s timing was impeccable. This song, which was written during those financially scary times, attempts to be a literal wake-up call to the world about those pesky financial gurus who were constantly singing the praises of Big Business, as if this sector would be the cure for everything that ails the world. But, Weller could see through the rose-tinted glasses our governments were handing out, and he was warning the world of another impending collapse if we did not to wake up to this insanity. And, all of this wealth disparity did nothing but make working-class values he grew up absorbing seethe until it was finally time to act. Now, the man was becoming an agent of change, aligning his life more with action that simply talk. 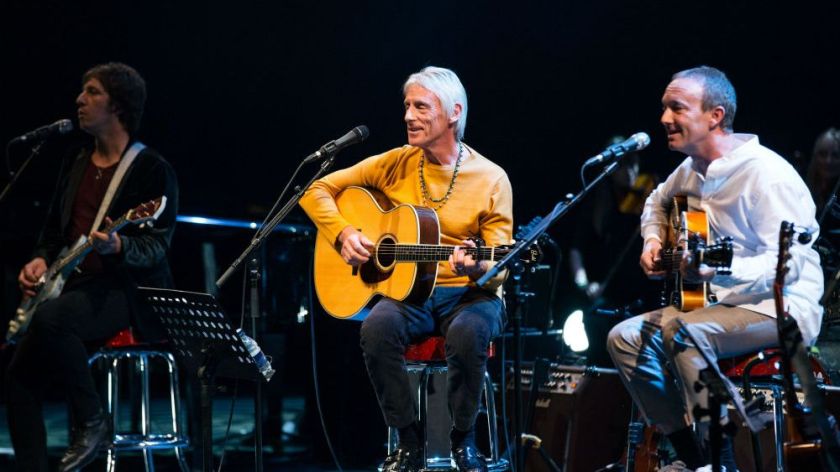 And, to me, that’s what makes Paul Weller such a compelling figure in rock music. Unfortunately, the majority of the United States rock-loving never really got an opportunity hear the music from the whole career of this man. Still, it’s not too late to begin dipping your toes in the Paul Weller musical pool. Don’t be afraid! The water’s at the perfect temperature for all Americans, even though that temperature may initially be read using the Celsius scale, it’s okay. It converts easily to Fahrenheit. 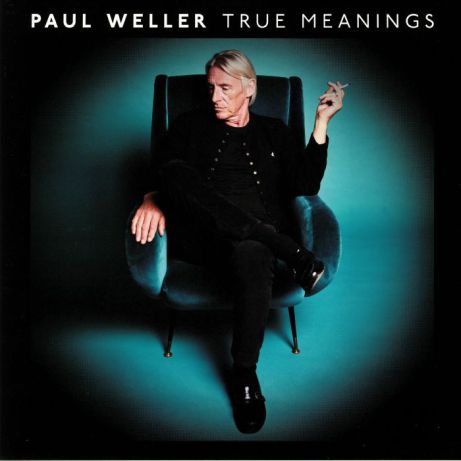 So, if you need some Paul Weller solo music to which to listen, here’s my Top 25 Paul Weller Songs. Enjoy! 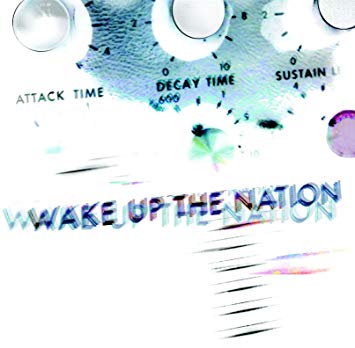 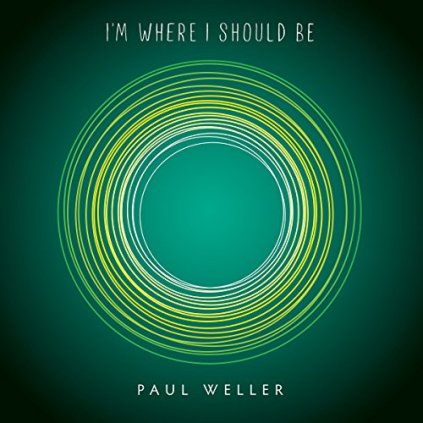 If you need a jumping off point for Weller’s career, including The Jam and The Style Council, may I suggest his fantastic 2007 four-disc box set, Hit Parade. For The Jam, my pick would be their 1983 compilation Snap! When it comes to The Style Council, turn to either of these compilations: The Singular Adventures of The Style Council (1989) or Greatest Hits (2000). The former is the better record. Finally, when it comes to Weller’s solo career, pick up his two greatest hits packages entitled Modern Classics: The Greatest Hits (1998) and the ironically redundantly titled More Modern Classics, Vol. 2 (2014).

However, if those collections are not enough for you, please go back in my archive to read the post where I rank Paul Weller’s 35 albums for all phases of his illustrious career. Then, come back to tell me why this man, as well as both of his previous bands, are not ALL in the Rock & Roll Hall of Fame. To paraphrase Lindsey Graham, for a rough attempt at some humor, “Put this man [in the Hall] and let him do whatever the hell he wants!” I sure hope to live to see Paul Weller finally get the call that he is being inducted! Cheers!