I am just going to say it: The Style Council is rock’s most underrated band of all-time. Many of you will be scratching your heads at that statement. How in the heck can a man who grew up in Central Indiana, spent four short years in Southwestern Ohio, then moved back to his hometown, the one in which our said hero claimed to which he would never return, to raise his family, ever hear of the UK-centric and generally altogether European artist The Style Council?

Well, remember, I was a fan of The Jam and specifically their lead singer and creative visionary Paul Weller. One day, during the summer of 1983 while working and living in Southern Wisconsin at a resort, I bought a music magazine in nearby Lake Geneva, Wisconsin, in which was an article about a new mod scene that was popping up as a second generation took to the music and clothing style beloved by the original mods in the Sixties. The only difference was their were new bands whose music was being played at these dances, including the later music of The Jam and the new Paul Weller group The Style Council. Since the article mentioned that the mods loved old soul and R&B hits from the US, including my beloved Motown music, I knew that I had to check out The Style Council.

So, after the summer in Wisconsin ended, I headed back to Ball State University for my junior year. Just the prior year, the nearby shopping area called The Village had a new general store move in called Discount Den. Honestly, the only things I ever really purchased at the Den were albums, since they sold them for $3 to $5 off the list price of $10, which is quite a savings for a college student. And, since I worked during college, I was able to live comfortably while getting a couple albums a week from either the Den or the Used Record Shop. Boy, those were the days!

Anyway, one day during the winter of that junior year, I saw two albums by The Style Council on display at the Den. Since my mind has near-eidetic capabilities, I remembered that article from the previous summer and bought the first two stateside releases by Paul Weller’s new band, the debut EP Introducing The Style Council and the band’s first US long player entitled My Ever Changing Moods. The EP was a short collection of the band’s initial cache of brilliant UK singles, including one of my all-time favorites, “Long Hot Summer.” The other album apparently was a re-working, much like was the American record companies used to do to Sixties English bands like the Beatles and Stones, of The Style Council’s UK album Bleu Cafe along with a sprinkling of singles from the homeland and repackaged here as My Ever Changing Moods.

Regardless of my initial exposure to the band, I immediately fell in love with The Style Council. I loved their integration of American soul with the slickness of European sophisticated pop. Oh, sure, I missed the days of Weller’s pure aggression and adrenaline with The Jam, but this stuff reminded me of the great pop music of the day coming from Culture Club and Wham!, only with a heart and a keen scene of observation of what was happening in these dawning days of conservative principles of Reaganism in the States, and it’s equally evil twin from the UK Thatcherism.

But, in my mind, it wasn’t just Weller’s social eye that separated The Council from the other pop artists of the day. It was the way Weller dealt with the politics of love that put me over the top. The man had a keen sense of what made a relationship successful and what made one a disaster, all the while living with mistakes he was making in his own life. And, these most punk of lyrics were dressed up in Motown-influenced music that made you want to dance. And, even more importantly than simply dance, but also slow dance! Some of The Style Council’s best songs were perfect for my “Make Out Music” mixtapes. And I would load them up with some of The Style Council’s most enduring songs, such as the aforementioned “Long Hot Summer,” “My Ever Changing Moods,” and the slow that continues to be my wife’s and my song, “You Are the Best Thing.” They mixed perfectly with songs by Al Green, The Temptations, The Chi-Lites, Lionel Richie, Tina Turner and the like. These first two albums, as well as the US-only 1985 release, Internationalists, were full of these types of songs that my wife and I spent listening to during the years after our marriage. 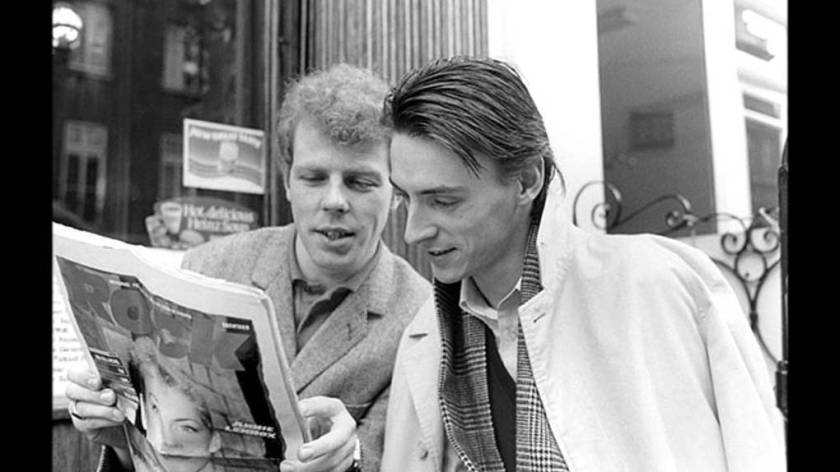 Basically, Paul Weller has had three brilliantly creative careers. First, he burst on the scene with the underrated punkish band The Jam. Then, he broke that band up to follow his muse and new found love of soul music in order to form The Style Council. Unfortunately, The Style Council began to run out of gas by the end of the Eighties. Their brand of sophisti-pop was being replaced by newer sounds from the UK underground, like acid house and a little band that did the incorporation of new sounds with rock, much as The Jam and The Style Council had done a decade or so ago, called the Stone Roses. This band signaled the beginning of what would be the largest measure of Weller’s enduring influence Britpop. These bands grew up idolizing all things Weller, and one could hear it in their music. In addition to the Stone Roses, I am talking about great British bands like Oasis and Blur, arguably the biggest of these bands, but I am also talking about Pulp, Manic Street Preachers, The La’s, to list but a few names. This change would cause Weller to break up The Style Council, go into a self-imposed seclusion for a year to evaluate just exactly what his next move would be.

Eventually, Weller did re-emerge as a solo artist, comfortable with his newfound elder statesman role he was given as The Modfather, the man responsible for this new Britpop thing that overtook the UK by the mid-Nineties. The irony is that a solo Weller outlasted the Britpop movement as well and, today, he is creating some of the most vital music of his career. Fortunately for me, my older son and I got to see Paul Weller make a very rare stop in Indianapolis for a concert a few years ago. I never got to see The Jam when they made their only US tour, which initially caused Weller to write off the States completely. I remember being just blown away by the musicianship of Weller’s band, and, perhaps most importantly, Weller’s conviction behind every song he played that night. But, most of all, I felt so very lucky to hear him and his band dust off “My Ever Changing Moods” and just knock it out of the park. It was performed with the youthful stance that made the song so vital to me back in my very early twenties. I understand Weller’s need to play his brilliant solo stuff, but, c’mon Paul! You have written so many great songs during your days in The Jam and The Style Council that they deserve to be heard again.

I know that I am probably wasting my time trying to get the Rock Hall of Fame to take The Style Council seriously, when they haven’t given The Smiths, Depeche Mode or The Jam their due respect yet. But, I will continue to sing their praises as long as I have this blog. So, instead, I give to you my Top 25 songs by The Style Council. The Jam, The Style Council and Paul Weller will always remain near and dear to my musical heart!

No other artist has ever been able to fully articulate what has always been locked in my heart as Paul Weller, especially when he was leading The Style Council through the Eighties. Weller, the late-Tom Petty and Bruce Springsteen are the three artists whose lyrics have meant the most to me throughout my life. Therefore, I feel like I must use this platform to either get The Jam or solo Paul Weller into the Rock & Roll Hall of Fame. Until that moment, my musical heart would always be incomplete when visiting the shrine. Let’s raise a glass of your favorite drink in honor of Paul Weller’s Eighties incarnation, The Style Council! Viva la The Style Council!