Let’s face it. 2018 was not a year for established artists. Oh, sure, Tom Petty’s estate authorized and organized a brilliant posthumous four-CD set, An American Treasure, of unreleased gems, live cuts, B-Sides and important deep album cuts that displayed what a brilliant artist he was. But, this was more of a compilation. Paul Simon released an interesting album, Into the Blue Light, that sounded like an American version of David Bowie’s last studio album, Black Star, from a couple of years ago. The problem was that Simon’s album was intriguing, Bowie’s was simultaneously compelling and haunting. The late Chris Cornell also had a brilliant compilation released that showcased the best music from all aspects of his career, from Soundgarden to Temple of the Dog to Audioslave to his solo stuff. Bruce Springsteen and John Mellencamp released new albums this past month, but the former was a compilation of his Broadway performance while the latter was a group of cover songs, both of which I got too late to put into this countdown.

Overall, 2018 belonged to the indie industry. The stuff that I first discovered on Bandcamp.com or other websites that hype the independent artists of the world seem to dominate my year-end list. While I find this exciting for music, it does force my readers to dig a little deeper to discover the music I’m digging this past year.

So, let’s get back to the countdown! Today, we are covering the albums that I ranked in positions 31 through 40. Enjoy!

40. Young Scums – Young Scums. If you are like me and desperately miss the jangle pop/rock songs from the mid-Eighties, like early R.E.M., 10,000 Maniacs or The Church, then Young Scum is for you. These guys bring back that feeling I had in my early-twenties when I was first working as a young medical technologist and listening to the alternative rock radio station 97X, WOXY in Oxford, Ohio. Still, the are more than a nostalgia band. I look forward to listening to this band grow up.

39. Tony Molina – Kill the Lights. Tony Molina is another artist who is leading the current power pop renaissance. It is obvious that Molina has spent his time listening to The Beatles, Raspberries, Hollies, The Records and The Spongetones, since the music and vocals are conjure up these artists’ memories. Molina continues his winning streak with this album. 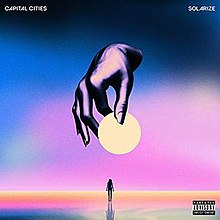 38. Capital Cities – Solarize. Several years ago, I saw this band open for Fitz & the Tantrums in concert in the Egyptian Room at the Old National Murat Temple in Indianapolis and came away thinking this band could grow into something big. Well, this synth-pop/dance duo made major artistic strides on this album. They proved they learned hook to write a great hook while maintaining their alternative music credentials. This band’s music will probably end up being used in TV commercials for all kinds of products while dominating the dance and pop charts. Keep an eye on them! 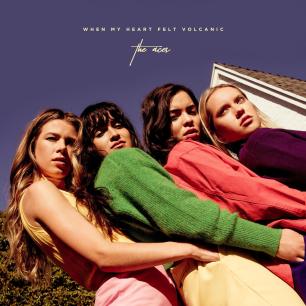 37. The Aces – When My Heart Felt Volcanic. Following in the footsteps of HAIM, The Aces, an all-female quartet pop/rock group, prove there is plenty of room for these types of bands during the age of Hip Hop. These ladies have the hooks, next comes airplay, then success. I saw them on a late night talk show and was blown away by their performance. Their songwriting is light years ahead of their experience.

36. P. Hux – This Is the One. Legendary power popper Parthenon Huxley is back with another strong album that shows all of his influences (ELO, Beach Boys, Beatles) being alchemized into his own unique sound. Not quite as strong as his epic Deluxe album, but This Is the One is a strong addition to his discography., including his work with the non-Jeff Lynne-led version of ELO, formerly known as ELO II and now called The Orchestra. 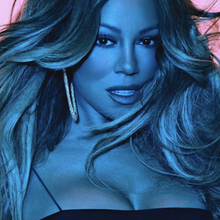 35. Mariah Carey – Caution. Don’t call it a comeback! You almost think that you hear Mariah saying this throughout her most consistently great album since her mid-Nineties heyday. This album showcases everything we loved about Mariah back in those salad days: unparalleled vocals, sweet melodies, great rhythm tracks and potential pop hits everywhere on the album. It’s nice that she’s in a good place emotionally speaking because she gives us great music like she has on this album.

34. Robyn – Honey. One of Europe’s favorite dance divas has concocted arguably the finest album of her career with this dance/pop masterpiece. Her vocals are confidently conveying her lyrics, making this the album that Madonna or Britney wishes they could make today. It’s fresh, forward-looking and innovative all the while maintaining its pop credentials. Robyn is at her peak.

33. Low Cut Connie – Dirty Pictures (Part 2). How many times have I said rock music is dead? Then, Low Cut Connie comes out with this album just to prove me wrong. This album is equal parts E Street Band, Mellencamp, Social Distortion and The Hold Steady. This is the kind of music the artists of the heartland were making back in the Eighties. As long as The Hold Steady continues hide from a new album release, Low Cut Connie is positioning themselves to fill the void. 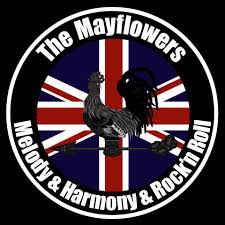 32. The Mayflowers – Wild One. Anyone else miss new music by Mick Taylor-led version of the Rolling Stones or The Black Crowes or The Faces? You know, that bluesy, rocking stuff that was so common to our ears in the Seventies and Eighties. Well, The Mayflowers just may be the heir-apparent to this brand of rock and roll. This stuff would sound fantastic on classic rock radio. In fact, this is the type of music several of my old friends would love, like Troy S. and Curt M. This might be an album that will only get better as it ages. 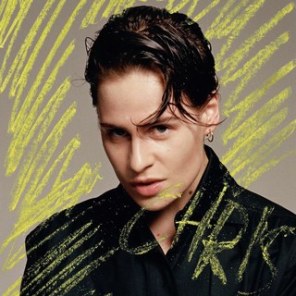 31. Christine & the Queens – Chris. Remember when Madonna was daring and innovative? Christine & the Queens have taken that mantle now. And, I really don’t care what the sexual status is of this great artist is, because Christine is one helluva singer and songwriter. This is just a terrific dance/pop album that should keep the club dance floors full well into 2019. This album continues to grow on me as I hear more and more musical references to Prince and Teena Marie. I bet Christina Aguilera wishes she could have made an album HALF this good. Christine & the Queens are the real deal.

Honestly, the only genre that did not produce an album that I enjoyed was metal. For some reason, metal has gotten either too dark or too pretentious for my tastes. I know its not dead! It’s just percolating underground. So, while Metallica and Motley Crue are busy becoming Funko Pops, some hungry metalheads are practicing their craft in a garage somewhere in the world, awaiting their moment to clubber us over the head with their debut album. Remember how lame country had gotten with the Florida-Georgia State Line, or whatever the hell they call themselves? Then, Chris Stapleton, Sturgill Simpson, Kacey Musgraves and Maren Morris came through to shake things up. Such is the ebb and flow of popular music.