It’s Hump Day! Those three words were magical in college. Most of the time, Wednesday meant basketball intramurals night. My dorm never really had try outs for their different teams, so when I was a scrawny 5’11”, 150 lbs freshman, I was never taken too seriously. So, I bid my time that first year with one guy I knew from another school and four other scrubs. After proving my worth, I quickly jumped up to the C team. During an all-day tournament, my team got ousted in two games, but I had averaged nearly 30 points a game. Anyway, the A lost one of their guys to an injury, so they quickly picked me up.

Now, the A team had two starting football players, one a 6’8″ offensive lineman and the other a very athletic 6’5″, 250 lb defensive end. Now, when you play with horses like that, all you have to do is two things: dump the ball down to them, and find the open spot around the perimeter for a jumper. Easy enough. In this game, we were playing the defending campus champions. Needless to say, the other team had NO scouting report on me, leaving me open all day long. So, I lit them up for 33 points, to go along with the big fellas’ 22 and 15 points as we trounced the Lambda Chi team by 20 points.

In the championship game, we met up with a team that was stacked with two former Ball State players and a couple of highly regarded high school players. We lost that game by 4 points, but this time the defense made me work for my points, so I got to use my shot-fake and drive. I finished with 13 points and 14 assists to the big guys. But we were no match for them. They, by the way, was my last organized basketball game, and it was on a Wednesday. Which always meant that “Thirsty Thursday” was just around the corner! AND, Thursday were fun for ALL!!!

Some of the songs on this portion of the countdown remind me of Hump Day in the dorm, getting ready to play basketball. In my early days of high school basketball, I would listen to AC/DC, Ted Nugent or Aerosmith. Once I figured out that funk and soul music truly held the rhythm of the basketball, I completely changed my pregame music to funk, rap and R&B. And, over night those earworms seemed to help me stay within the game a little bit better. And, needless to say, The Jacksons’ and Michael’s music were part of the pregame ritual. So, let’s continue on with the middle portion of our countdown: numbers 41-60.

60. Michael Jackson with Justin Timberlake – “Love Never Felt So Good” (2014 – Xscape). This song is from Michael’s second posthumous release. LA Reid took a demo, gave it a 21st century sheen and got Timberlake to record his vocals after the fact. Still, the song holds up to Michael’s catalog and is a great addition.

58. Herb Alpert with Janet Jackson, Bell Biv Devoe & Ralph Tresvant – “Diamonds” (1987 – Keep Your Eyes on Me). Okay, so Herb Alpert is the “A” in A&M Records and is a great trumpet player. So, he grabs some of his hot young acts to help put him back in the Hot 100 Singles Chart with this great song.

57. MJ – “Wanna Be Startin’ Somethin'” (1984 – Thriller). Easily the best dance/party song on Thriller is famous for it’s African-sounding nonsense lyrics. The dance floor was ALWAYS full when this song was played.

55. The Jacksons w/Mick Jagger – “State of Shock” (1984 – Victory). The long-awaited first single from the big reunion tour. The song was never as good as it should have been, but not really as bad as people make out to be.

51. MJ – “Thriller” (1983 – Thriller). The song from the greatest video ever only got to #4. Maybe, if the record company released the song at the peak of that video’s popularity, the song would have gone to the top of chart. Instead, the song is finally released as a single nearly six months after the video’s popularity had waned. 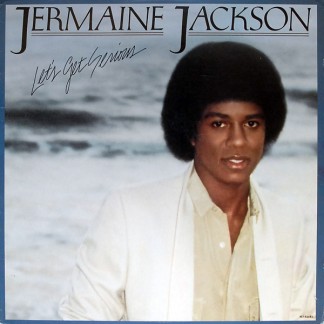 47. The Jacksons – “Dancing Machine” (1974 – Dancing Machine). This song represents the beginning of the adult Jacksons upon their signing with Epic Records, which means the Jackson 5 moniker had been put to rest.

44. MJ – “Will You Be There” (1993 – Dangerous). Seriously, Michael, were you just trying to prove that you were the “King of Pop” by releasing yet another song from Dangerous.

43. The Jacksons – “Shack Your Body (Down to the Ground)” (1978 – Destiny). This is easily the best song ever done by The Jacksons. Still makes me want to dance to this day.

41. JJ – “Love Will Never Do (Without You)” (1990 – Rhythm Nation 1814). Does anyone else remember being shocked when we saw Janet dressed down in jeans and a tight “wife beater”? Couple this video with the one for “The Pleasure Principle”, and you KNOW how sexy Janet is.

What a way to end today’s list with one of Janet’s sexier videos. I continue to develop a greater appreciation for the talent well this family was able to drink from.